Student of the MA course Architecture Criticism, in which the students learn how to write critical responses to architectural projects and current exhibitions. This year vuartandculture would like share one of their reviews with you. 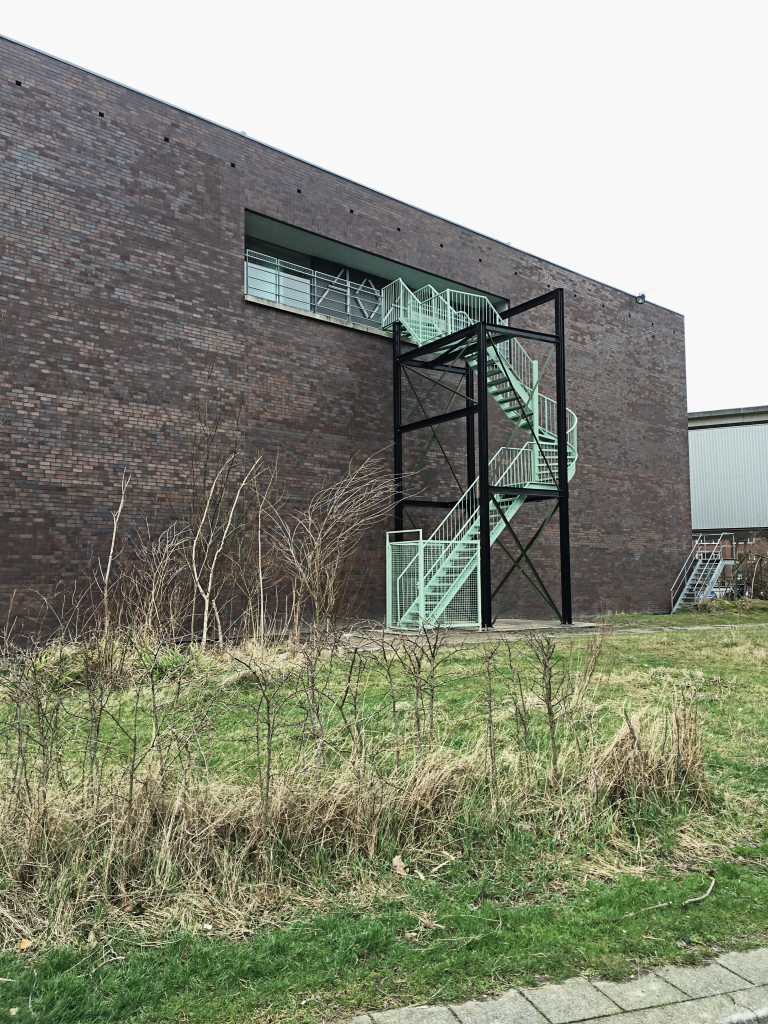 Visitors arriving at the Nieuwe Instituut in Rotterdam’s museum park are usually met with the steel and concrete tunnel of the archive and the brick box that houses the exhibition spaces. But for half a year, the designers of the exposition Architecture of Appropriation have brightened up one of the institute’s many blind walls with a promising emergency staircase. Cold-shouldering the main entrance, the visitor ascends the pastel blue painted steps that guide him towards the third floor. This rebellious move could be a promise for what is about to be seen, and anticipation rises as the stairs circles upwards.

Arriving at the top, however, the visitor realizes he has accidentally entered the wrong room. Here, a different exhibition is in the process of being built. On the walls are the test prints of the information panels, explaining the exhibition pieces that have not yet arrived. The slated floor is still to be covered, and the blinding building lamps are merely a constructional convenience. Just as the visitor starts to withdraw apologetically, the equally confused steward warmly welcomes him to the exhibition on Architecture of Appropriation.

They say one shouldn’t judge something by its appearance, but the empty walls and brute flooring dominate the scene on the top floor of the institute. Admittedly, it would have been easy – and somewhat unscientific – to present an exhibition on the appropriation of space as a hodgepodge of squatting houses and hippie camp sites. Instead, the curators of Architecture of Appropriation invited the creative minds of ZUS to design the exposition space. The Rotterdam based firm, famous for the much discussed and somewhat revolutionary yellow Luchtsingel in the same city, adopted the work-with-what-you-can-find attitude of squatters, but applied it in a slightly different way to the third floor of the Nieuwe Instituut. The designers cleverly upcycled used building materials into walls and floors and dressed the otherwise coarse exhibition space of concrete and steel with multi-levelled, soft-coloured interventions, creating a carefully studied spontaneous space. 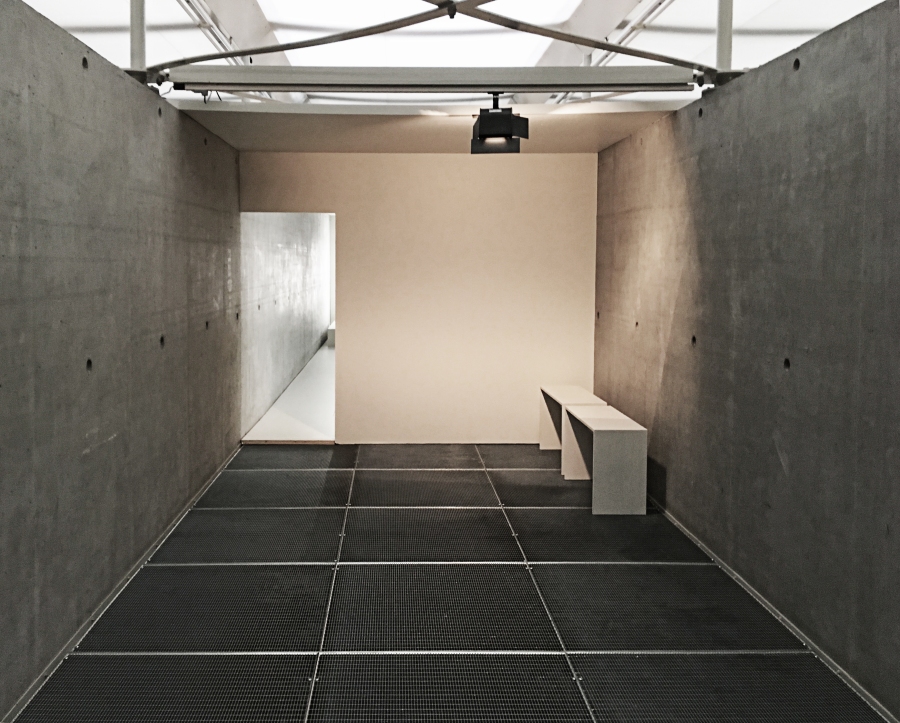 In theory, the subject of the exhibition and objective of the initiators are equally promising. Whereas spatial appropriation, and more specifically squatting, is usually studied from a social and political perspective, the curators decided to delve into the National Archive of Dutch Architecture and Urbanism (housed in the before mentioned tunnel of steel and concrete) and bring to light its versatile collection of photographs and articles on squatted buildings and areas. Over the course of five decades, squatters have adopted a different way of looking at the built environment and, by doing so, underlined housing shortage and real estate issues. In the Netherlands, the act of squatting was gradually regulated by the government and institutionalised by private-collective organisations and in the process, has co-inspired a new, bottom-up view on our built environment. While the act of squatting was officially outlawed in 2010, it is still done today. Seeing the amplitude of the subject, the curators of Architecture of Appropriation have narrowed the bulk of their research down to five different case studies, spread across the country. The most important criteria state that these buildings should still be appropriated by squatters at the moment of selection, embodying different objectives and varying in legal status. Among these projects are the famous Poortgebouw in Rotterdam and the Vluchtmaat in Amsterdam, an office building that has been appropriated by a collective of refugees called We Are Here.

The five projects are presented with technical drawings, timeline overviews and photographs, stapled to small and awkwardly positioned metal panels. While reading the thorough analysis of the squatting process of the Loods-Westerdok, the visitor can amicably bump into the bottom of a frightened stranger, who is trying her hardest not to lose the heel of her shoe in the perforated flooring. The concrete walls of the exhibition room have mostly been left bear, while the wooden extensions provided by ZUS are decorated with recycled promotional material, on which the information about exhibited objects and squatting in general have been printed. The paper panels are neatly stapled to the corners of the walls, leaving plenty of room for impressive photography and long lost relics that are not (yet) there. This unfortunate emptiness only emphasizes the playful but confronting immaturity of the exposition.

Katia Truijen explains the intention of the exhibition. She and her fellow curators have often questioned whether the entirety of objects and texts should be presented as an exhibition or as a showcase of ongoing research. While ZUS’ design for the background embodies the first, the extent of the current exhibition proves it to be the second. A hopeful perspective on the future can be found in the various temporary installations that augment the five case studies of the researchers. Firstly, there’s the small but impressive photo-exhibition of Dave Carr-Smith, a British artist who documented life in four of Amsterdam’s squatted industrial complexes. More reason for optimism is located on the far end of the room, where the artistic installation Topodia of Reinier Kranendonk showcases various typical squatter utilities, visual and sound effects included. While this particular installation was originally exhibited in the entrance hall – to show the visitors that they better go outside again and take the emergency staircase to the third floor – Kranendonk decided to move his art piece and ‘appropriated’ the main exhibition room without consulting the curators. A fact that the institute is, understandably, eager to advertise.

In Kranendonk’s statement lays a promise that may perhaps save the exhibition: he hopes to inspire a “lush growth” of the display on the architecture of appropriation. It is in the installations of Carr-Smith and Kranendonk that the exhibition meets the – perhaps shallow – expectations of spontaneity, differentness and depth. Here, the architectural and spatial component of squatting becomes visible, maybe even touchable and definitely imaginable, and in these qualities lies a very welcome promise for more. For now, the informal installation of ZUS came too soon. But in a couple of months, just before the exhibition’s finale, curiosity might drive the visitor back to Rotterdam, in the hope of experiencing the versatility of Architecture on Appropriation in its full right.