On the 9th of May the research master Critical Studies in Art and Culture welcomes professor Thomas Elsaesser(University of Amsterdam) for a lecture and discussion.

Thomas Elsaesser is Professor Emeritus at the Department of Media and Culture of the University of Amsterdam and Visiting Professor at Yale University (2006-2012) and Columbia University (since 2013). Elsaesser was one of the founding members of ASCA, the Amsterdam School of Cultural Analysis. He is also General Editor of the series Film Culture in Transition, published by Amsterdam University Press, and distributed in the US by University of Chicago Press, of which forty-five volumes have so far appeared under his editorship. Elsaesser has received numerous awards and distinctions, including Fellow of the British Academy and Knight of the Order of the Netherlands Lion.

His books as author include New German Cinema: A History (1989) which received the Jay Leyda Prize (NYU) and the Kovacs Book Award (SCMS), Fassbinder’s Germany: History Identity Subject (1996), Weimar Cinema and After (2000) [winner of the Kovacs Book Award of  SCMS]), Metropolis (2000), Studying Contemporary American Film (2002), Filmgeschichte und Frühes Kino (2002), European Cinema: Face to Face with Hollywood (2005) winner of the Lumina Prize, Film Theory: An Introduction through the Senses (2010), The Persistence of Hollywood (2012) and German Cinema – Terror and Trauma: Cultural Memory since 1945 (2013). 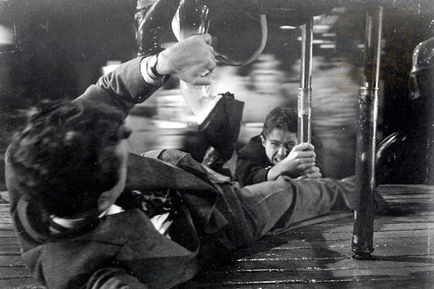 For Critical Studies in Art and Culture, Elsaesser will be presenting his text ‘Between Metaphor and Material: On the Agency of Things in the Cinema’ which was originally published in German in Austellen: Zur Kritik der Wirksamkeit in den Künsten (Meltzer, Busch, Oppeln). In the text he discusses the two basic principles of film, namely its circularity and linearity, and how these apply to the developments in digital film. How do techniques of slow-motion, inversion and fast-forwarding in digital film relate to the poetics of obsolescence? How to understand the transition from an energetic cinema to a cybernetic cinema and how do the things in cinema jump into the equation?